Talar watershed with various land use, hydrological and vegetation characteristics is located in Mazandaran province In recent years, numerous devastating floods have occurred in this basin.In this study, flooding prioritization of Talar sub-basins under different hydrological and physiographic conditions were compared with an area of 189613.6/ha in agricultural, residential, rangeland and forest land-uses.First, the basin is divided into six sub-basins, including Shirgah, Karmozd, Drasleh, Polusfid, Arjangrudbar and Chashem and for each sub-basin, geometric, climatic, permeability and physiographic parameters such as; area, perimeter, length of main channel, length and slope of basin, time of concentration, CN, discharge, etc.have been calculated using GIS software.Time of concentration with methods of Branci Bay Williams, Johnson, Pilgrim-McDremat, Kirpich, California, Chow, Spey, Ventura was evaluated based on the characteristics of the basin but the Bransi-Williams method with 19.2 hours TC, showed the most suitable method for the all basin. Based on SCS method, the share of each sub-basin was determined in the flood of output from the whole basin. The results of the maximum stannous flood peak also showed that Polsefid with a flow of 380 cubic meters per second had the highest flow during the statistical period (1986-2019). Sub-basins are divided into three groups with high, medium and low flood potential in terms of similarity of flood potential, erosion, vegetation, and effects of human impact. The results showed that the highest amount of flooding in each of the sub-basins includes the sub-basin of Chashm with 29.19%, in Draseleh with 23.25% and finally shirgah with 16.76% 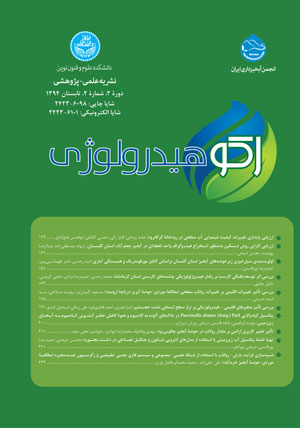